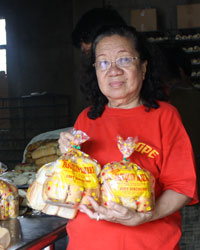 Pasuquin is the center of salt making in the province. In this same town, is the Pasuquin Bakery known for their special bread called Biscocho, a kind of bread baked to a delicate crispy texture with a hint of anise flavor. Esperanza learned the secret of biscocho-making at an early age and continued the business 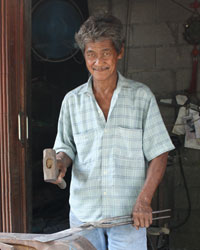 Blacksmithing in is a rare skill a special art, handed down from generation to generation of clannish families living together in a cluster in close kinship. Such is the case of Ernesto, of San Nicolas, Ilocos Norte, who started to train as a blacksmith from his grandfather at the age of 14. He continued to 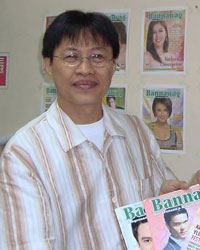 Cles Rambaud, of Pinili, Ilocos Norte, studied Engineering but his passion for literature led him to his present post as the Managing Editor of Bannawag magazine, published by the Manila Bulletin. He has been with Bannawag for three decades rising in the rank from proof reader to news editor, literary editor and associate editor. He 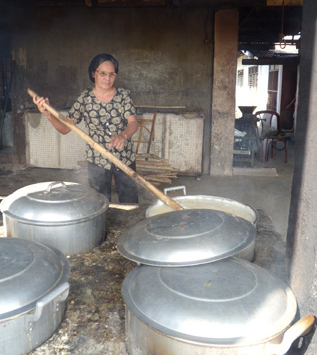 Nana Rosa! Hearing that name can make your eyes light up because you know you are in for a treat of crispy, crunchy corn nuts, locally known as cornick. Rosalina B. Abrojena, whose pet name Nana Rosa has become a household word and synonymous to good cornick, will be glad to tell you how 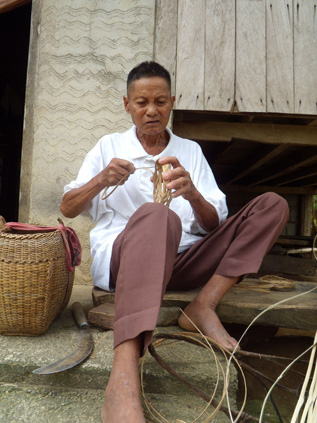 A simple lackluster hand-woven basket sitting in a corner may not be as exciting as a hand-blown glass displayed on a pedestal – but by far, its uses are beyond compare. Hand-woven baskets are a creation of skilled hands with acquired dexterity from years of enduring practice, perseverance and industry. An epitome of these 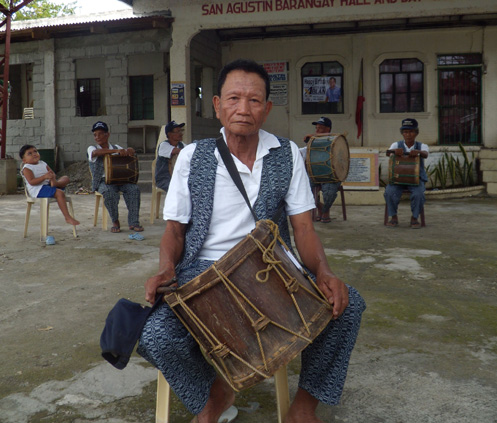 Modesto was born in Barangay Marikit, Solsona, Ilocos Norte on February 12, 1937. He graduated from Solsona Gabaldon Elementary School and learned to farm at an early age. He moved to Sarrat and later married Ludivina Bueno. They have two children, Modesto and Angelita. Modesto, learned to play the drums when he was only 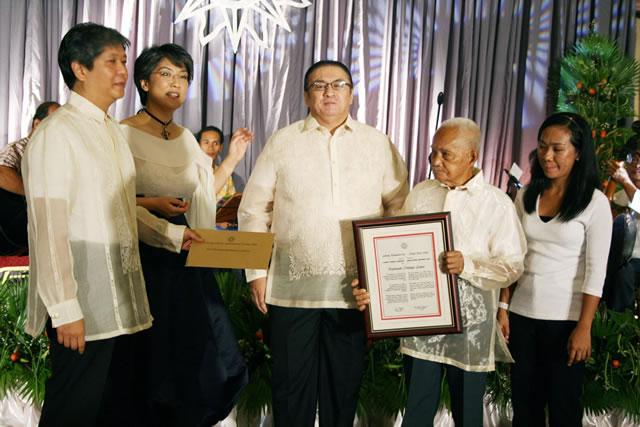 Raymundo “Mundo” Gaspar, the man who is receiving special recognition for his outstanding contribution to the enrichment of our Ilocos Norte cultural heritage, was born on March 15, 1925, in a small farming community of Cabungaan, Laoag City. Life was simple then, but young Mundo was a boy full of energy who enjoyed having fun 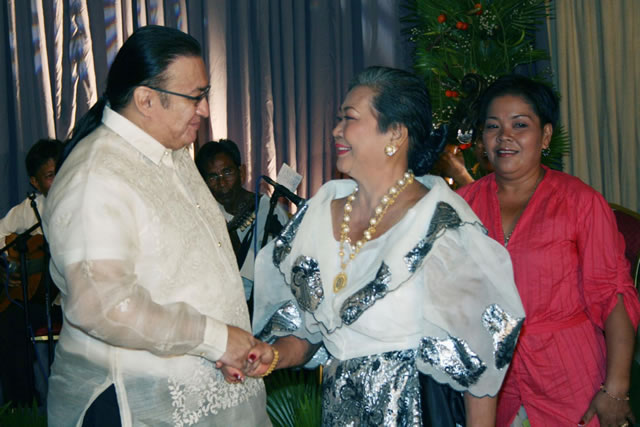 Vibrant and full of enthusiasm, Gloria Aduana Cocson is a role model for every young woman possessing creative talent and an aptitude for business. Gloria was born in a quiet but happy neighborhood of Barangay 10, Barani, Batac, Ilocos Norte on April 4, 1942, the third of the four children of Policarpio Aduana and Consuelo 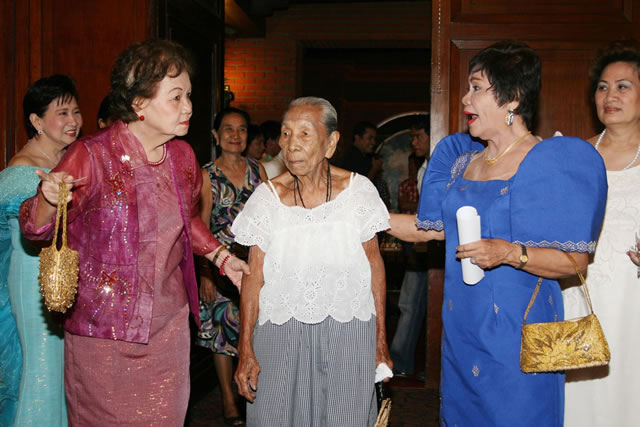 Incredibly strong and alert at age 94, it is easy to discern that Consuelo T. Castillo is a private person who would rather go about her chores than talking about herself but breaks into a laughter when she explains how she got her name O’o’. As a young girl she was a nanny to a 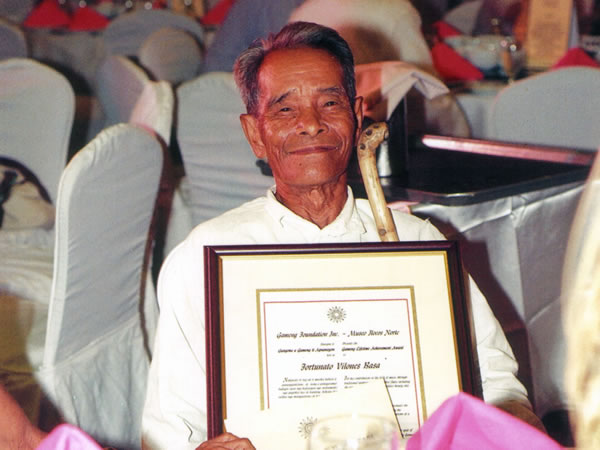 Fortunato Vilones Basa whose parents, Basa Infiel and Giwalit Vilona Basa, migrated to Naguilian, Nueva Era then known as Gernaden, from Abra during the Spanish colonial period. Youngest of 12 children, Fortunato was born on February 10, 1925. At an early age of 18, he was appointed Treasurer, Kagawad and Lupon of Brgy. Naguilian, during